CPython has a global interpreter lock such that two threads cannot run simultaneously on a multi-core CPU. The context switch (thread switch) duration, by default, is 0.05 second, which means a thread runs up to 0.05 second and then the execution switches to another thread.

In this code, I start two threads executing the same function f. The two threads manipulate the same variable a and increment by 2. a = a + 1 is not an atomic operation by Python specification[1]. What kinds of global value mutation are thread-safe?. Python. [2022-10-28]. and generates two bytecodes by CPython (you can check it with the dis package). Although context switch may happen between the two bytecodes, in reality this rarely does. The figure shows about one of ten runs miscalculate the value. 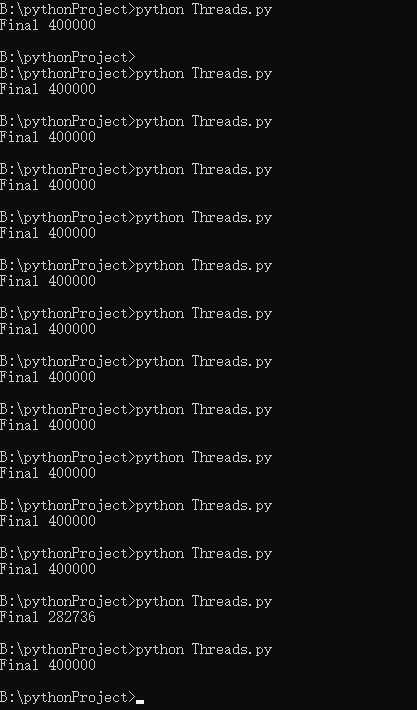 If we run the same code in IronPython, which has no GIL and allows threads to run in parallel, the code almost never sums the correct value. 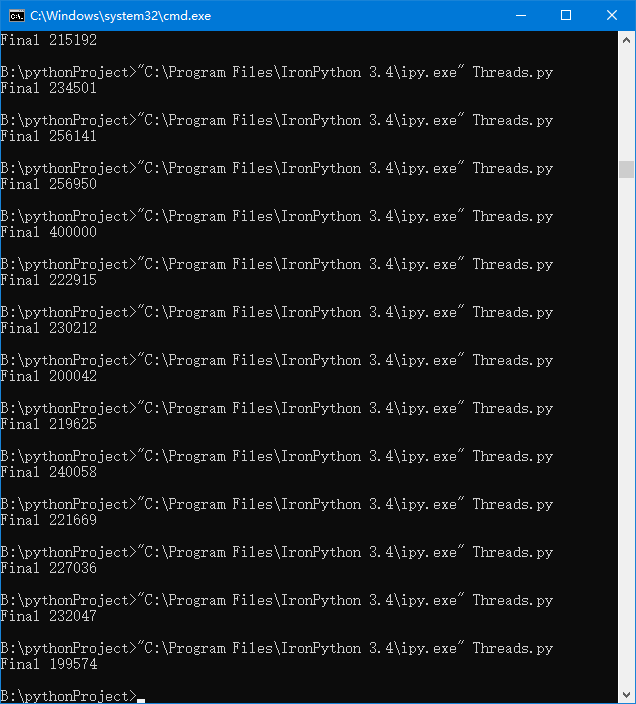 This is the result of running python-nogil on a Linux box.